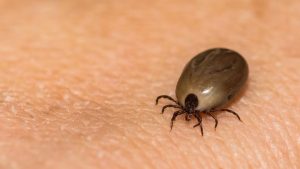 To meet the need for target control, we are working on Stationary robotic devices that are designed to reduce tick densities and create “tick-free” buffer zones, without the release of any Chemicals.  The main goal of this project is to create a bot which attracts  Ticks.  The time period on building this bot is three months. ( January 2020 – March 2020)

******The content on this site is an intellectual property. Action will be taken if this work published or copied without our permission. For more details contact Dr.Micheal Von or Dr.Nathalia Peixoto******